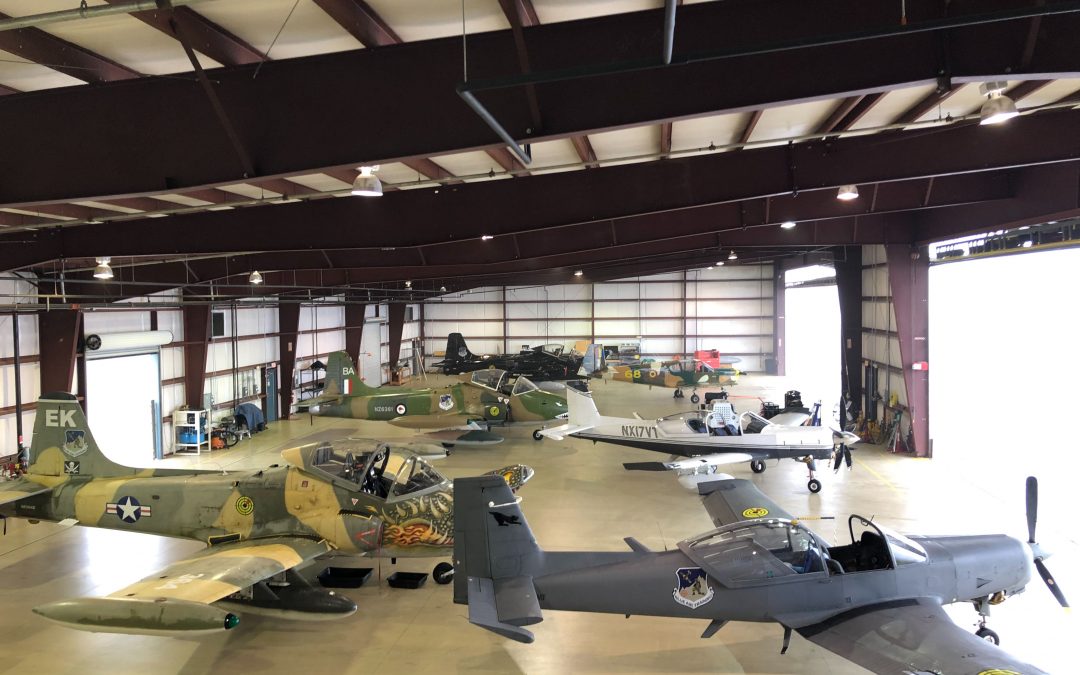 Blue Air Training’s new hangar in Pensacola employs 26 people with an average salary of $84,000, and Barlow said he expects to be awarded a $6.34 billion military contract in November that will triple the staff and greatly increase the hangar’s economic footprint on the area.

Barlow said he chose Pensacola in part due to having grown up in Florida and having attended Florida State University, and in part because of the city’s rich aviation history.

“As far as Pensacola goes, this is a fantastic strategic hub for us, not only locally for additional job opportunities but also for supporting the nation’s war fighters,” Barlow said. “The 102 personnel at Blue Air Training actually train the entire U.S. Air Force and all the air strike controllers so that our young men and women can go overseas, fight for our freedom and come home safely.”