Richie Douglas serves as the Vice President of Operations, PNS Site Lead. Previously, Richie served as the AFSOC Program Manager, working daily to integrate with AFSOC’s Contracting Officer Representative. A twenty-year veteran of the United States Air Force TACP a career JTAC gives him a unique, in-depth experience & knowledge of what the Blue Air customer truly needs when it comes to Close Air Support, and supporting our Nation’s Warfighters.

Raised in Jacksonville, Florida in a military home, he initially joined the Air Force with the intentions of serving only one tour. Like many peers, the special brotherhood, camaraderie, and desire to take the fight to the enemy turned into a full career culminating as a Ranger qualified Special Tactics TACP.

His distinguished career saw combat action in Kosovo, Afghanistan and Iraq theatres earning him multiple Valorous Medals and a “Mustard Stain” or Combat Military Freefall Jump. As a SOF TACP, he garnered many unique qualifications ranging from Small Unmanned Aerial Systems Operator to European Rally Racing driving school. His 10 deployments supporting Special Operations Units provides a wealth of knowledge on how valuable a JTAC can be on the battlefield.

While performing as the Contracting Officer Representative for AFSOC’s Contracted Close Air Support (CCAS) effort, he was instrumental in the management and expansion of the sole contract supporting AFSOC JTACs. He assisted in the creation of the AFI governing CCAS and helped other Air Force units stand up their CCAS efforts.

After retirement he became a US Coast Guard certified Merchant Mariner earning a 50-ton Captain’s License. His desire to give back to the military community brought him to Blue Air Training in July of 2018. In his spare time, Richie enjoys golf, powerboating, and riding motorcycles. 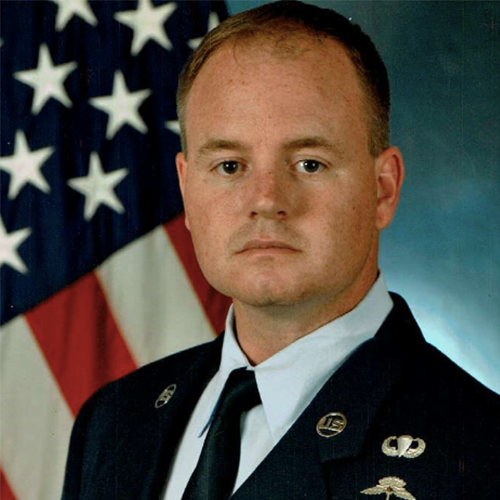