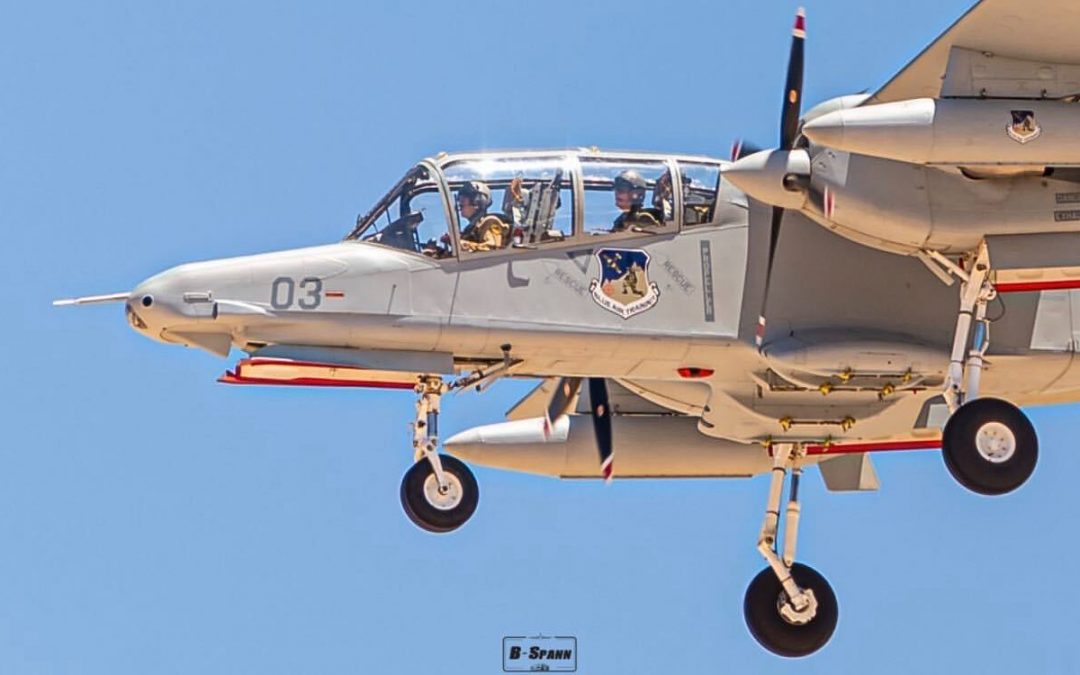 In March 2020, Blue Air Training, a private contractor headquartered in Las Vegas, that provides CAS (Close Air Support) training to U.S. Air Force’s Joint Terminal Attack Controllers (and was the first and is still the only USAF contractor approved to employ live strafe), announced the acquisition of seven OV-10D+ Broncos to further support their mission….

In a more recent U.S./coalition testing the legacy OV-10 Bronco distinguished itself as a highly effective and reliable urban counter-insurgency asset: in 2015, two of the OV-10 aircraft were flown in an experiment supporting Operation Inherent Resolve, the U.S.-led international campaign against ISIL in Iraq and Syria. While the specific locations and objectives of the experimental U.S. OV-10 strikes were not disclosed U.S. Central Command did confirm that the OV-10 Broncos flew 134 sorties, including 120 combat missions, over a span of 82 days beginning in May 2015. Interestingly, a U.S. Navy crew was reported to be flying these strikes.