The Drive: The Bronco Is Back! A Fleet Of OV-10s Will Help Train Air Force Forward Air Controllers 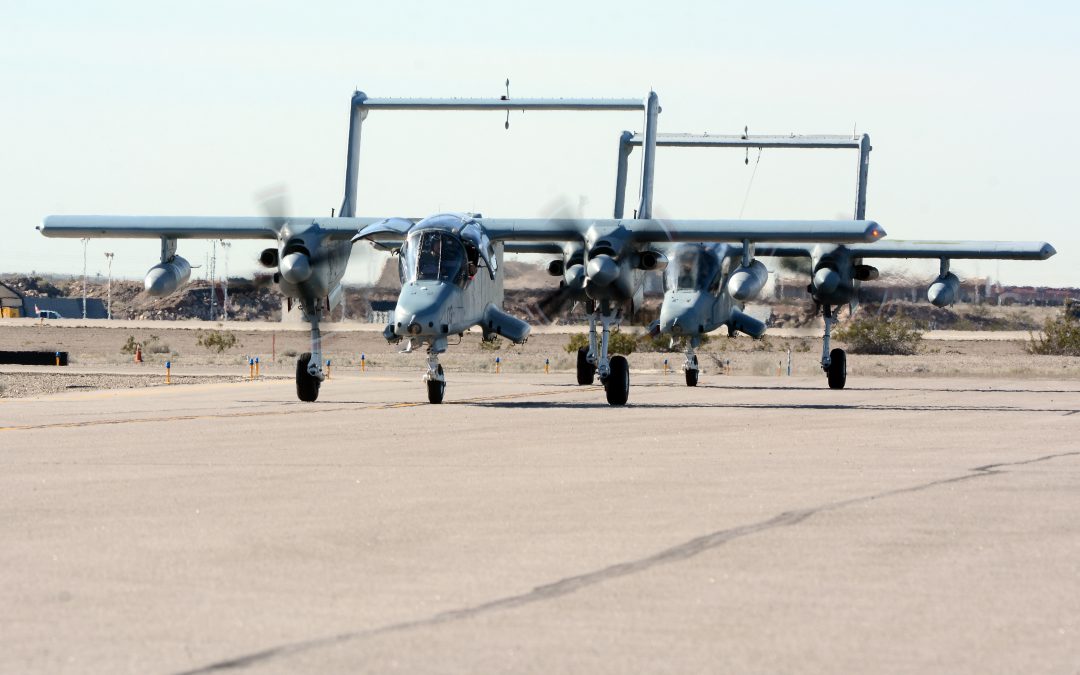 A quarter-century after the last OV-10 Broncos left U.S. military service – not counting experiments and a brief field test in Iraq involving a pair of heavily modified OV-10G+ variants on loan from NASA – U.S. Air Force Forward Air Controllers, now dubbed Joint Terminal Air Controllers (JTACs), may find themselves working with these light attack planes again soon during training programs and exercises. Blue Air Training, a private contractor that has already secured a deal to provide such a service, recently announced that it was in the process of acquiring seven Broncos.

The Las Vegas, Nevada-headquartered contractor first revealed its Bronco plans on Mar. 27, 2020. The company, which also operates out of Pensacola, Florida, said the aircraft would be a mixture of OV-10D+ and OV-10G variants, but did not say how many of each it was buying. Blue Air Training was one of seven different companies to get an indefinite-delivery/indefinite-quantity contract in October 2019 as part of a massive multi-billion dollar Air Force effort to acquire contractor-operated aircraft to support both air-to-air and air-to-ground training requirements at bases across the United States.