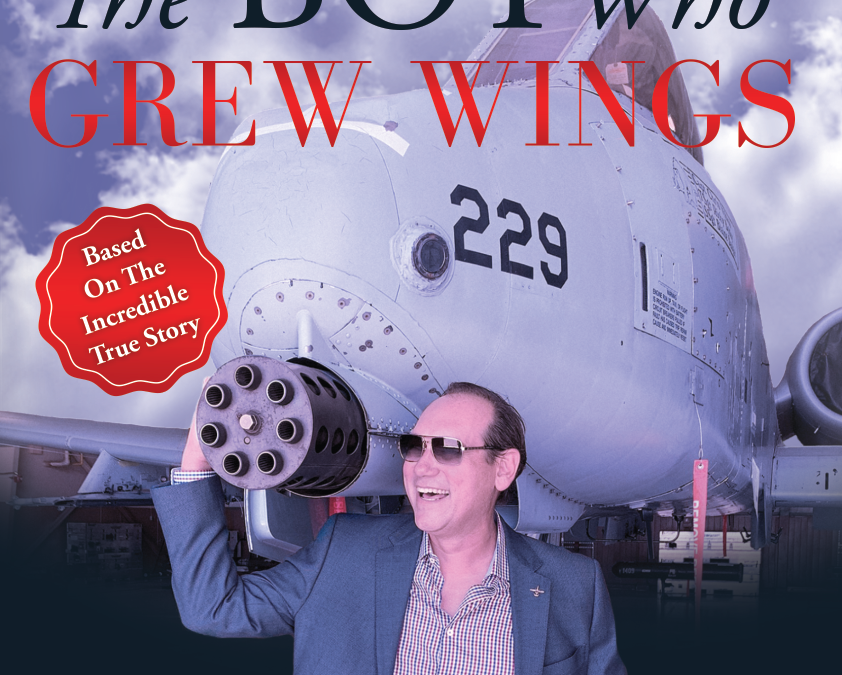 From taking lives to saving them…Blue Air Training Founder and CEO, James “Chef” Barlow writes about his storied flying career that led him to start what is now a global industry.

LAS VEGAS, NV ­­–The newly anticipated book by James “Chef” Barlow, The Boy Who Grew Wings, has been named to the Bestseller Lists by both the WSJ and USAToday. Initially released on May 23rd as an e-book only, hardcopies and paperbacks are now available at online retailers Barnes & Noble, Amazon, and Kobo. Published by King of Kings Publishing.

The Boy who Grew Wings can best be described as a business book about life. An abusive home and challenging early life amplified a resilience and drive within Chef that would ultimately lead to a career as a decorated USAF fighter pilot, and then, Founder of Blue Air Training. A twist in life led to Chef facing his biggest challenge yet, Stage IV prostate cancer. Ultimately conquering cancer and growing a business through every stage led to growth as a man and as a leader.

Blue Air Training’s hard-won growth is a testament to the tactical patience a fighter pilot must have at their core. This book shares stories and anecdotes on how one man’s vision turned into a sought after support service and billion-dollar global industry.

“This book is the story of how Blue Air Training and the USAF’s contract CAS industry was born. The Boy Who Grew Wings shares the stories of how the Air Force initially resisted the concept and the harrowing moments and “there I was stories” that went into making the incredible idea of dropping live bombs and strafing from civilian owned attack aircraft a reality. I hope you enjoy it and find a connection to help you with your perseverance to accomplish whatever goal you are pursuing. Attack!” – James “Chef” Barlow, Founder, CEO, Blue Air Training, LLC.

Chef continues to lead a world class team of aviators and support personnel who have dedicated their careers to setting the standards in training our warfighters on the ground. Blue Air Training continues to grow and expand their operations globally as they continue to meet and exceed the needs of the US military and their allies.

About James “Chef” Barlow, Founder & CEO of Blue Air Training.
“Chef” built a multi-billion dollar empire in an industry that didn’t exist, and the first fully weaponized, civilian-owned training air force in support of the U.S. Air Force during a time when it was considered illegal. Blue Air paved the way to a new frontier in defense support and aviation, and has set the gold standard for homeland defense.